Over the weekend I went to a Native American Festival, and was able to see Brule. Now for those of you unacquainted with Brule they are a Native American musical group that mixes Native American traditional style with modern style music. I had become a fan through the television program Hidden Heritage on RFDTV which you can check out here http://www.rfdtv.com/shows/music_&_entertainment/hidden_heritage/

and find more on the band here

They absolutely killed it! Seeing them live was unbelievable, and the flute playing was so incredible it gave me goosebumps! I was able to snap a few pictures while they were performing, unfortunately the lighting was very low so the pictures are not incredible but I will still share them. 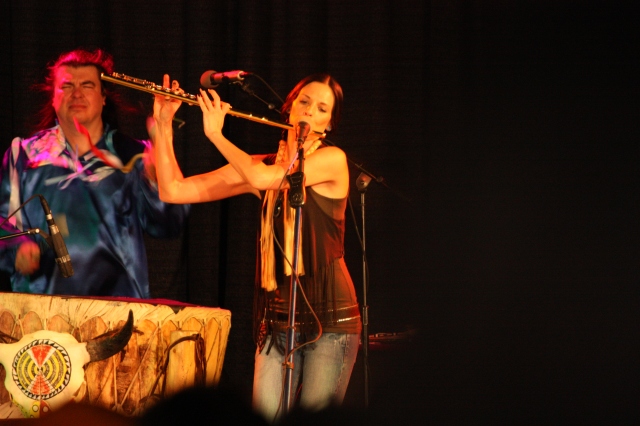 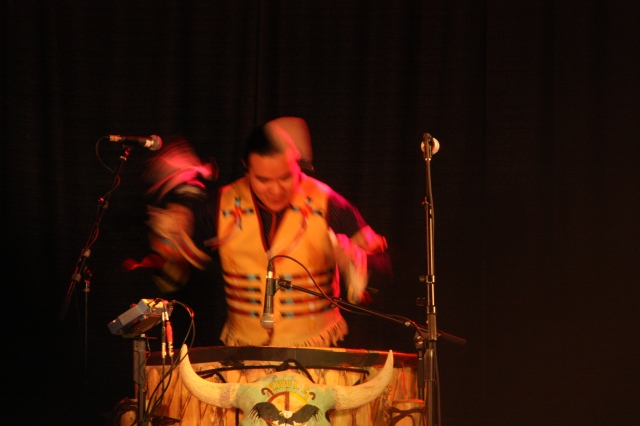 This man here was playing so fast and furious it was impossible to get a clear picture of him, but I like this pictures nonetheless. 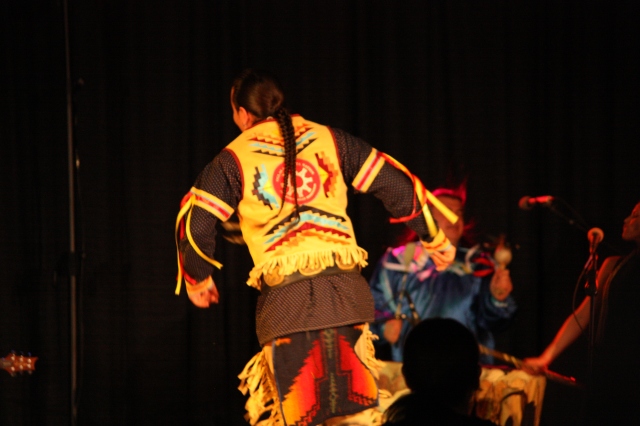 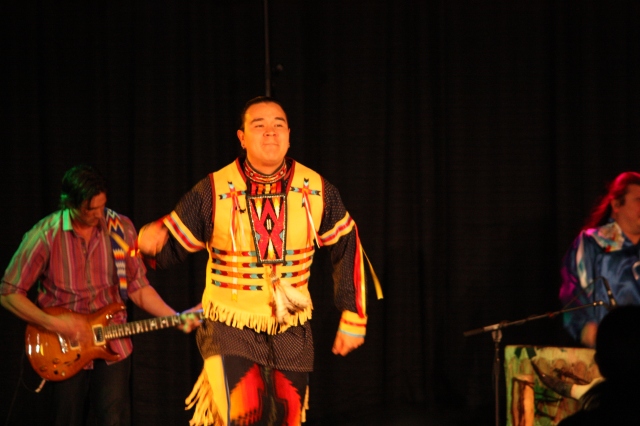 And as if the incredible music wasn’t enough there was beautiful Native American dancing too! 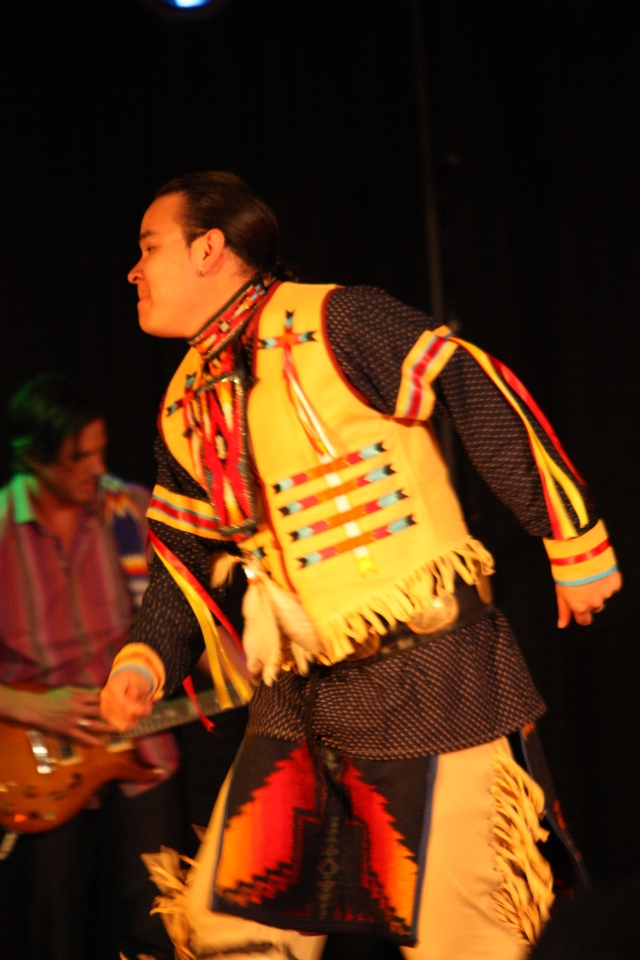 All in all I had a wonderful time, and I would highly encourage anyone who enjoys great music and a fun show to check these guys out. It was an honor and privilege to see them live and I hope I get to do so again. Happy Monday guys!